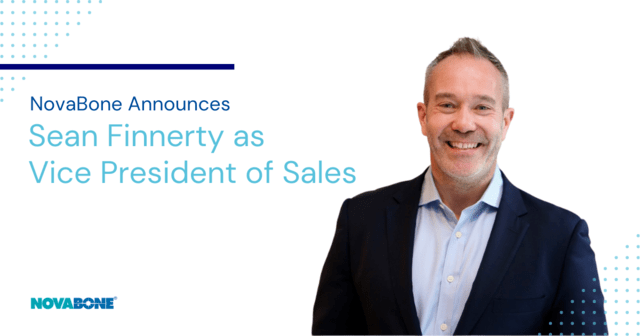 NovaBone Announces New VP of Sales of Their Orthopedics Division

The organization welcomes the new Vice President of Sales, Orthopedics as they continue building momentum and improving the company’s capabilities.

Leaders in biologic medical devices, NovaBone, is pleased to announce Sean Finnerty as the company’s new Vice President of Sales in their Orthopedics Division. As the organization continues to grow and focus on developing biomaterials that meet the specific needs of orthopedic and dental surgeons, Finnerty’s addition to the leadership team was a strategic move to further improve their orthopedic sector.

With nearly two decades of experience in various orthopedic specialties, including Spine and Extremities, Mr. Finnerty brings to NovaBone an important skill set that will take the orthopedics division to the next level. Sean is a graduate of the United States Naval Academy and served as an officer in the United States Navy directly contributing to Operation Enduring Freedom.

“It gives me great pleasure to announce our new VP of Sales, Orthopedics, Sean Finnerty. In Sean’s new role he will have global responsibility for the orthopedic business and will be charged with leading the next chapter of NovaBone’s growth journey.  Sean will also serve on NovaBone’s Board of Directors.” – NovaBone CEO, Brian Carlisle

As the organization expands and furthers its reach into the orthopedic and dental sectors, its new leadership team will play a vital part in the organization’s success and mission to develop biomaterials that harness the body’s natural healing process to better meet the needs of surgeons.

For more information on the new team member and his position, visit NovaBone.com.

NovaBone, a Halma company, is privately held and based in Florida since 2002. NovaBone developed the first bioactive synthetic bone graft offered to the orthopedic community and has long been at the forefront of bioactive glass bone graft devices. It has developed numerous formulations and delivery systems of its patented, bioactive technology platform that results in accelerated bone growth. In total, their exclusively formulated bone graft substitute has been used for the repair of osseous defects throughout the skeletal system for over a decade and used in over a million clinical applications with unparalleled success validating the safety and efficacy of NovaBone's technology. 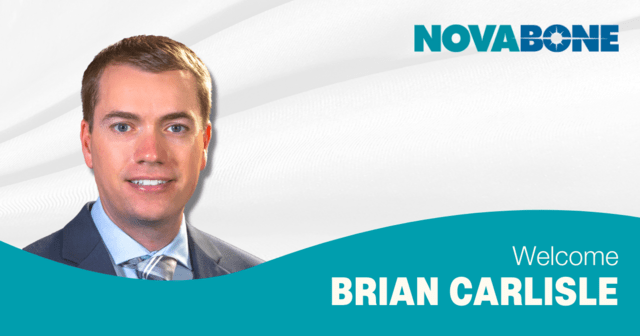 NovaBone is a Halma company. Halma is a global group of life-saving technology companies with a clear purpose to grow a safer, cleaner, healthier future for everyone, every day.